In the past three years, while his classmates were doing homework and playing sports, Moziah Bridges built himself a $150,000 business.

That’s right–he started his business when he was 9 years old. Not yet a teenager, Bridges now has five staff members and has received a ton of media attention, from an appearance on the TV show Shark Tank to features in O magazine and Vogue.

“I like to wear bow ties, because they make me look good and feel good,” Bridges writes on his website. “Designing a colorful bow tie is just part of my vision to make the world a fun and happier place.”

Ever the fashionista, he’s reveled in style from a young age. At four years old, Bridges wore a suit and tie whenever possible and insisted on dressing himself.

His business, Mo’s Bows, was born of his love for bow ties and his dissatisfaction with the selection available for kids his age. Even worse than the poor color selection, they were all clip-ons–Bridges believed real men should tie their own ties. His grandmother taught him to sew by hand and to use a sewing machine, using scraps to create his favorite neckwear.

Within a few months, he had created his own collection of more than two dozen bow ties. Friends and family fell in love with his creations. Bridges upped his production, fashioning tidy bow ties from his grandmother’s vintage fabrics in an array of floral and African prints, and even scraps of old taffeta dresses.

Word of mouth worked its magic, and soon Bridges was taking orders through Facebook and selling on his own Etsy store. As demand increased, his mother, grandmother, and other family members came on board to help with production.

Today, each bow tie is still sewn from scratch, though Bridges has expanded from vintage materials to tweeds and ginghams, with a formal line of satins and silk. His bow ties are available in his own webstore, on Etsy, and in boutiques throughout Texas, South Carolina, and Tennessee.

When asked who his role models are, he said he looks up to Daymond John, who became his mentor as a result of the Shark Tank appearance.

As if his early success in business weren’t enough, Bridges has also become something of a young philanthropist. This summer, he donated $1,600 to send 10 children from his hometown of Memphis to Glenview Summer Camp.

In a post on his blog, Bridges wrote, “Memphis is ranked the highest of child hunger; most kids only get a meal when school is in session. At the community center, the kids get a meal and play time. Giving back to my community really helped me feel humble. It also makes me smile because I see other kids smiling and enjoying the camp.” 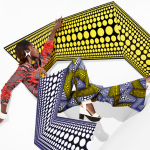 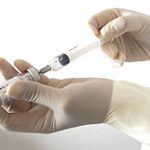