Rising Thoughts is a singing duo, the product of the poetic connection that was made between two souls that met at a cultural event in Germany in 2007. They are M’bala Anaba, born and raised in Yaounde, Cameroon and Karlsruhe, Germany, as well as Akosua Elisha, born in Miami Beach, USA and raised in Kiel, Germany.

They have been part of the Black History Month in Hamburg on different occasions, performed at events such as ALAFIA 2010, Jugendtag Berlin 2008, YoungStar Theater in Cologne 2009, or the Open Forum Discussion Frankfurt 2010. The duo has also worked with producers such as Clive Hunt and Riddim Yard.

Rising Thoughts’ music is influenced by their Cameroonian and Jamaican roots and can best be described as a poetic-music fusion. It combines the spoken word with the sung, the instrument with the voice and builds bridges between Africa and her diaspora around the world, addressing some of those feelings they experience amidst their removal from the motherland as well as socio-historical developments such as the pan-African struggle or questions of freedom and equality. M’bala and Akosua especially like to highlight how important it is for women of colour to lend their voices to on-going discussions affecting black people around the world.

M’bala, Akosua, it is a real delight to get to know both a bit better. Why “Rising Thoughts”? What is the story behind the name?

We basically wanted to capture the magic that is created through music and art – a single thought can form the seed of a song or poem which grows into words, sounds, energy and spreads from the band on to the others. Like a seed it is planted in other people’s minds when they hear the song … It is about connecting with people, endlessly.

How long have you been doing music together?

We started out shortly after our first meeting at the poetry event, “Outspoken 2007”. We started out as background singers for various performing reggae artists and moved on to do our own gigs. One of our first appearances as a band was at the Poetry Night of the Black History Month in Hamburg. In the months that followed doors opened for us to participate at different cultural events and share our art.

What does making music mean for you and what messages do you like to share with your audiences?

Through our music, we try to point out the beautiful but also the less pleasant things in life like injustice and racism by simply telling our own story. The fact that we both grew up in two different cultures placed us in a unique position, a position that, we feel, forced us to go on a journey of finding and embracing ourselves from an early age. Music has always been a part of this journey.

What is your greatest achievement until now? What part of your musical journey are you most proud of so far?

That would be our 2011, self-organised Germany tour called “Struggle of the African Woman for Freedom”. It was a 5-city tour that featured different local female artists of African descent in every city. We also had one great woman of African descent hold a lecture in each city and made her the leading spirit of our event in that particular city. As a main act, we were performing a 45-minute show. It was wonderful because we were able to get an idea of the different scenes of Germany’s largest cities and we got wonderful responses – especially from the Afro-German community.

What kind of challenges are you facing and how do you go about them?

Well, not getting paid is a challenge, or not getting a respectable payment. Some people don’t consider your art and performing it as work … but it is. We give it our best all the time to give whoever is watching a good show. So we work different jobs to keep it going … It is getting better though.

Where do you draw inspiration from?

M’bala: My people. And from where ever I happen to be at the moment.

Akosua: Well, different artists who are around now and have been there before us inspire me … but almost everything can serve as an inspiration and everyone. Right now, being in the countryside of Jamaica is very inspiring.

How do your fans stay informed about you and what kind of shows do you have planned in the coming months.

At the moment we’re both travelling so we’ll probably be more visible online. 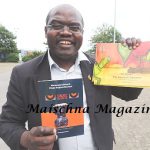 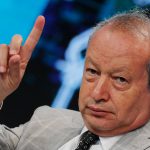